The trivia league taking a broken world by storm. 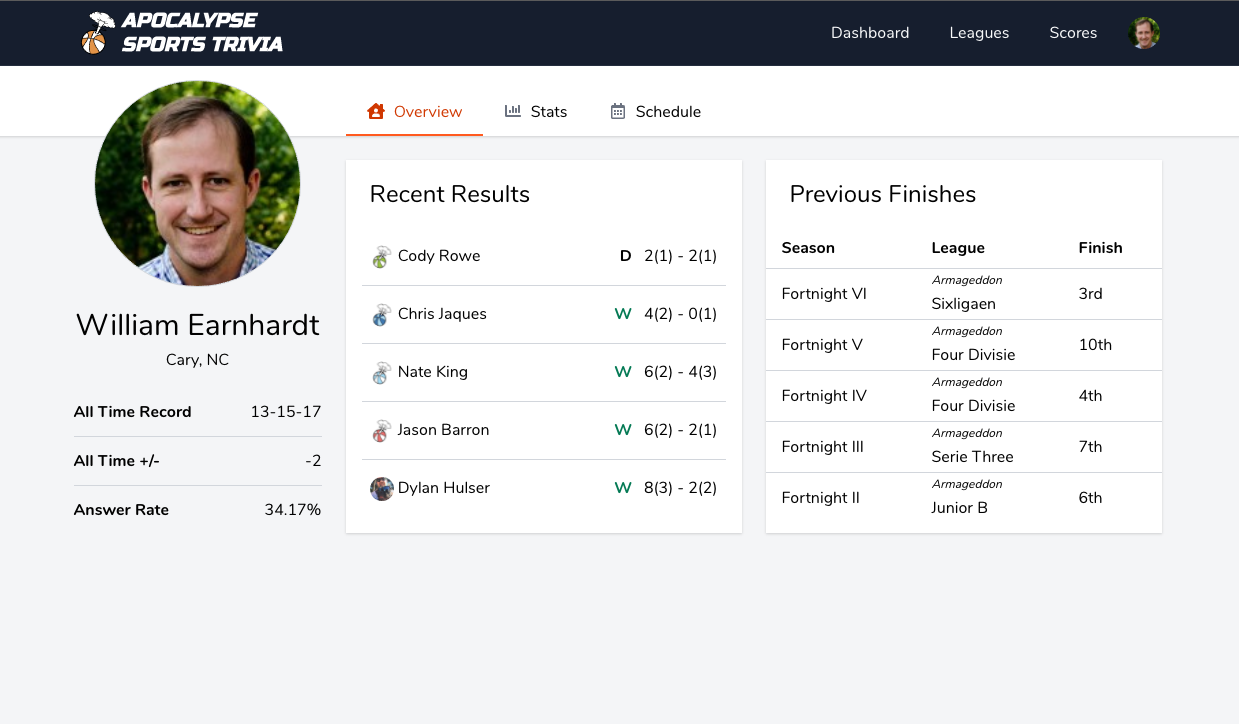 Give the common two-word nickname for the 134-foot by 68-foot “Word of Life” mural, painted on the facade of a library in Indiana.

What was the name of the bat that broke in half during the ninth inning of a one-game playoff between the New York Knights and the Pittsburgh Pirates with Roy Hobbs at the plate?

In 1996, the New York Yankees broke a 17 season drought and captured their first World Series since 1977, besting defending champion Atlanta in 6 games. The Yankees featured four future Hall of Fame players on that roster, two of which were Derek Jeter and Mariano Rivera. Name either of the other two.